You know how sometimes you just see something completely inspiring, and you have to tell everyone and their brother??  Well that’s what happened to me since stumbling upon Tiffany’s fabulous entryway on her blog, Living Savvy. 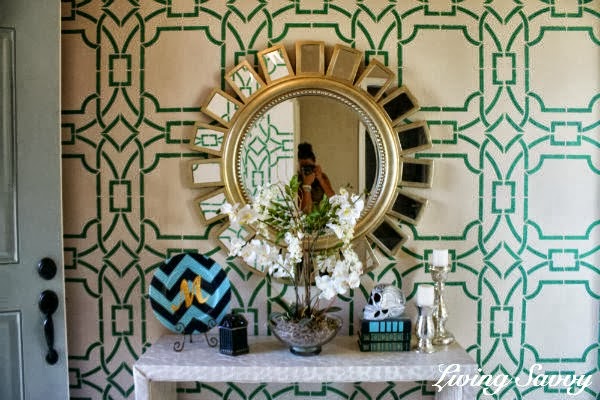 And that mirror??  SOOOO jealous! 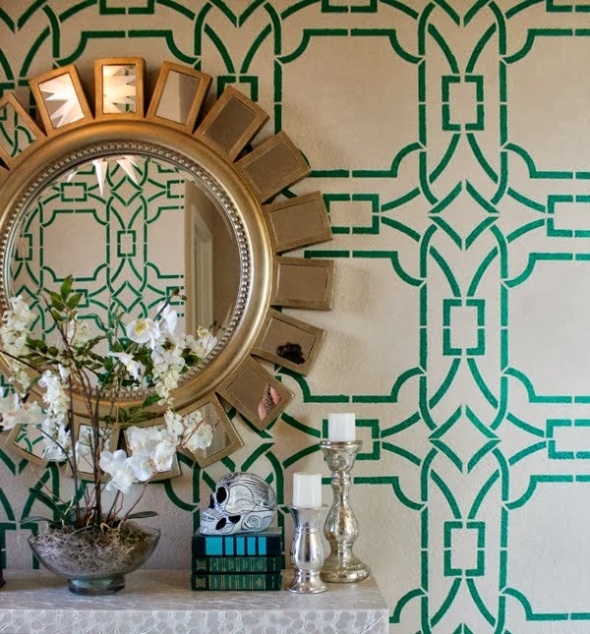 Everything about this is SOOOOO good.
She has a really detailed tutorial of how she attacked this entryway (Part I and Part II), and after reading through, I’m dying to try it out on my own.  I love the scale of this print – I’ve seen some stenciled walls that are quite lovely, but strike me as being too busy when the pattern is on a smaller scale… unless it’s a powder bath – then all rules go out the window.
Now that I’m completely obsessed with this idea, I googled the pattern she used – it’s the Royal Design Studio Contempo Trellis wall stencil (say that 10 times fast), and good ole Google came up with more inspiring spaces that used the same pattern.

This two toned entry way was quite stunning – and it looks like the paint was actually metallic.  Fancy!! 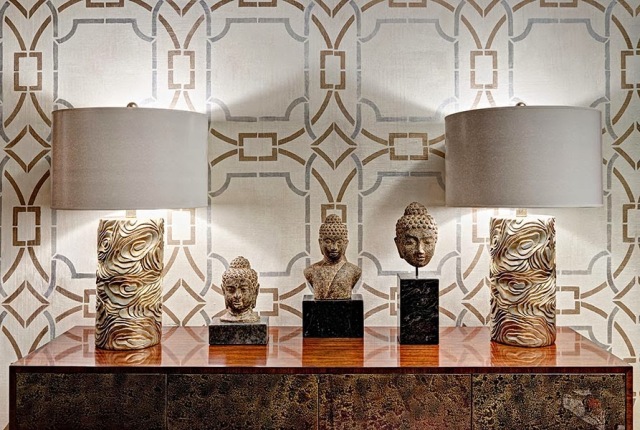 Source
It’s amazing to see that just by changing up the paint colors how different this stencil can look!!
I was also totally loving this black and white version…

Source
So cool right??
When we end up moving, I really want to test this out – I think it works great in these entry spaces, but would also be so cool in a dining room, or office space.  To read through the tutorial is a little daunting, but I think that it could be a project spread out over several sessions…
I could also totally imagine this done in lighter colors – medium grey on light grey – or in varying paint finishes – glossy navy on matte navy.  Wouldn’t that be super cool too??  Something sort of like this…

Source
See the sheen from the paint??  Even though it’s the same color, the pattern totally pops.  I feel like this method would really give the look of wallpaper… I wonder though how hard it would be to paint over later…
What do you think of the look??  Would you try it on your own?
Any other professional words of advice from those of you who have tried it out before?